I’ve been sitting here trying to find a pithy title to this blog. And then Elton John’s song popped in my head:  This Song Has No Title.   When I say popped, I mean up from the recesses of my adolescent brain. I haven’t thought about this song in years, but the album it’s on, Yellow Brick Road, is part of the soundtrack of my youth — it was etched into me before I understood music could do that. It was my sister’s album, and she listened to it a lot. And I loved the double album artwork, so I as I gazed at it and read the lyrics, I listened to it when she wasn’t there. As I listened to the song just now, after at least 40 years, I air pianoed in all the right places. It seems relevant still:

I’m stalling. I’ve been taking a class called “White People Challenging Racism: Moving from Talk to Action,” and just so there is no misunderstanding, we’re against racism and are looking at our white privilege. The way it’s worded and in today’s Cheeto flea world, I want to confirm that it doesn’t mean we are challenging the legitimacy of racism. So all you MAGA people, move up or move on back. Preferably get a clue, but that’s probably not gonna happen. And Black folks, we’re trying to work out our white junk so we can be better allies to you and make sure our baggage fits in the overhead compartment.

And I want to talk about it, but it’s messing with my head, making me look for words, which for a writer is like being a carpenter without wood. I’m angry, sad, puzzled, tired, exposed, struggling. Where the hell is the wood?

I’m a good white person. I need you to know that, and that’s part of the problem, see? This isn’t about good white person = non-racist. I can be a good person and still have racist ideas and thoughts and assumptions. And I’m squirming and struggling against the idea like one of Pepe Le Pew’s victims. I had the great fortune of having a best friend in college who let me into her Black world. I am an empathetic person by nature. I got it, I believed it when she told me how life was for her being Black. We analyzed when she was a new lawyer at a big Boston firm. Was the interaction because she Black? a woman? Low lawyer on the ladder?

I grew up working class, from immigrants. First generation on one side, 2nd on the other. College was a goal, not a given. I worked all during college, two of those years about 30 hours a week. I graduated with tons of loans, worked in nonprofits — a professional who was not out to make money, but a difference. I did not own property until I was 37. It was in an affordable, but less desirable Boston-area town. My then husband and I didn’t have parents who could give us a down payment, so we took the money out from our 403Bs.

I know white privilege exists on a systemic level. I can’t have listened to a Black person’s experience and doubted it. Ah, so comfy, from my “less privileged” place. I didn’t have money or social standing. I’m good, I’m cool, right? I’m not like those clueless rich white people. Am I?

I defer to my alter ego Blanche, because she likes to laugh at me when I’m being stupid. She sits at the bar drinking gin and taking long contemplative drags on her ciggies. 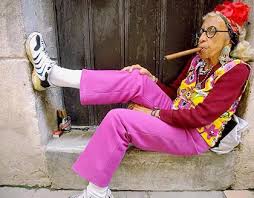 Poor, Blanche. She just fell off her stool, she’s laughing so hard. Luckily, she’s a tough bird. She’ll be OK. Plus, she likes laughing at me, so she wants nothing better than to get on that stool and in position for my next misstep.

Blanche says, “You’re white, girlie. Hide behind your ‘working class, immigrant’ shield all you want. The fact is, no one has followed your sorry ass in a store, even when you had no money to spend. No one ever thought at work that you were only there because of affirmative action. Once they meet you, your coffee slurping may annoy them, but that’s just being a bad office mate. You uncomfortable? That’s sounds about right.”

Blanch takes a long drag on her ciggie and looks me in the eye as she stubs it out, “You ain’t perfect, babe, let it ride. I’ll stop laughing when you talk sense.” She downs her shot and slams it on the bar. “Or not,” her smokey, throaty laugh echoes in stale air.