First, happy Fourth of July to anyone who feels like celebrating it. Here in Boston, we’ve had absolutely perfect summer weather all weekend, so I feel like I’ve won the weather lottery. Perhaps it’s because we spent most of the spring in cold rain. The rain we needed; the cold, not so much — I really didn’t need to see that my heating bill for May and June looked a lot like March and April. I don’t live in the far north; heating bills in June are simply wrong. But the weather has been so lovely and uplifting lately, I may actually throw myself into the Boston fireworks fray tomorrow. Or I’ll just watch them from my driveway. We’ll see…

Second, I’ve been collecting photos from my commuting travels that have made me giggle. Maybe you will, too.

I learned to drive with what we lovingly called The Merc or The Tank, our 1968 Mercury station wagon with fake wood side paneling. It was the perfect car for a new driver because you could back into anything without getting a scratch. Except a fire hydrant, but I swear, dad, that wasn’t me. Someone must have hit me in the parking lot. Rude bastards. The Merc’s other claims to fame were the gas tank falling out while my sister and brother were waiting at a stop light, and the frame rusting clean through during one of my drives. Other than that, it could hold all my friends and was totally awesome. Those are just fond memories though, right? I mean none of those italicized words above even exist anymore. Or do they…?

I saw this in Boston, near North Station a few months ago. As far as I could tell, it had its gas tank intact. The ghost just adds to the “car of teen years past” moment. 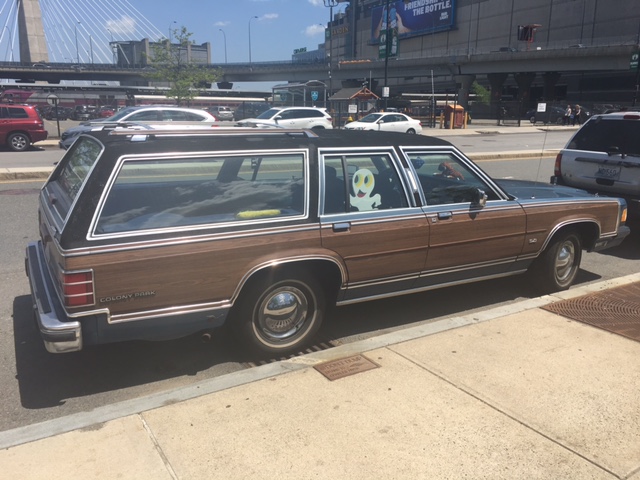 There must have been a 70’s vibe in the air, because not long after spotting the Merc, I saw this guy on the train. Who has two of the exact same cases, the perfect size to carry money or diamonds? What else could they be? Seriously, these are the “mistaken identity” suitcases of any 70s detective show or heist movie. You know, one has the diamonds that were stolen in a meticulously planned jewelry store heist, or, alternately, the priceless Queen of Sheba Black Diamond stolen from the Museum of Easily Lifted Artifacts. The other suitcase is usually owned by a hapless woman with lots of granny underwear and nighties. Hilarity ensues when the robbers grab her suitcase instead of the diamond-laden one. And she wonders how she’s going to sleep in diamonds. What I couldn’t decide was if this guy was one the of the original thieves who locked the lady in the closet and grabbed both suitcases to open at a secret location. Or was he the surprise third character who is also after the diamonds and locks up the thieves and the woman in the closet together. I decided it wasn’t worth risking getting thrown off the train or stuffed in a closet to get a closer look at him, so we’ll never know. 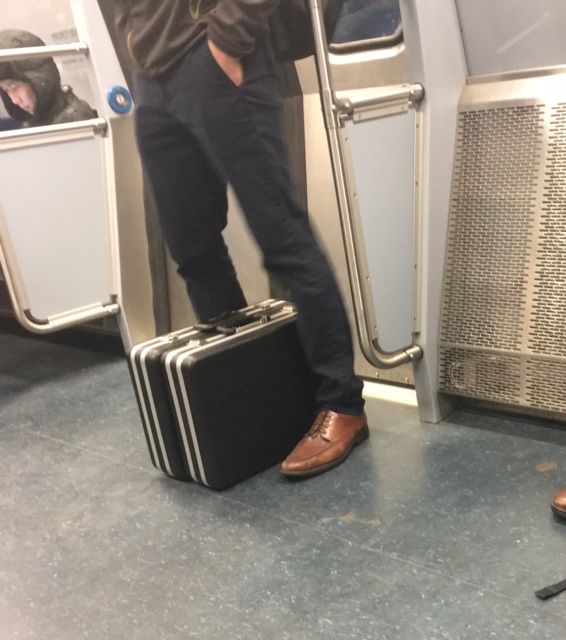 So this one was on my walk to the train, actually not far from the place where I found Barbie’s walk of shame dress on the sidewalk. It certainly is a lively neighborhood. I walked by these for a couple of days, and they reminded me of the fairy tale, “The Dancing Shoes.” In the story 12 princesses are locked in their room at night with new dancing shoes (they were always locking up the women back then) but in the morning their beautiful shoes are all danced to pieces. Sounds like a good time to me. The king can afford to replace them, but he doesn’t like not knowing what his daughters are up to. So he decrees anyone who can find out what’s going on gets to marry one of the daughters and gets the kingdom when the king dies. However, if you try to find out and fail, your head gets cut off. Pretty high stakes and the princesses gleefully drug all of the arrogant princes who try to find out, and they sleep the whole night away. Royal heads are rolling. A humble, injured soldier meets an old women, who essentially sells out the princesses by telling him not to drink the wine they offer him. And she gives he an invisible cloak so he can follow them! I guess girl power wasn’t a thing yet. I mean c’mon, all they are doing is dancing and wearing out shoes. How terrible, they must be stopped! So of course he follows them, and discovers they have been hanging out with 12 princes from an underground kingdom and dancing the night away. But the jig is up, the oldest has to marry him and her sisters were “condemned to be placed under a spell of enchantment for as many days as they had danced nights with the princes.” You’d like to hope that in 2017, the three princes/princesses/generally fun people who owned these shoes fared better. 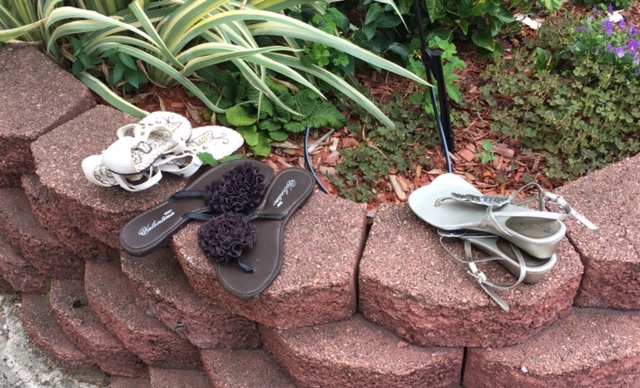 Beauty’s Where You Find It

This is also on my walk to the train. Some of the walk is classic urban grit, like this rusty fence and broken stone wall that’s part of a bridge. The train goes underneath it, and the road is busy, and it’s near the airport, so right at this point I’ve forgotten about dancing princesses and absorbing the trains, planes, and automobile ambiance. 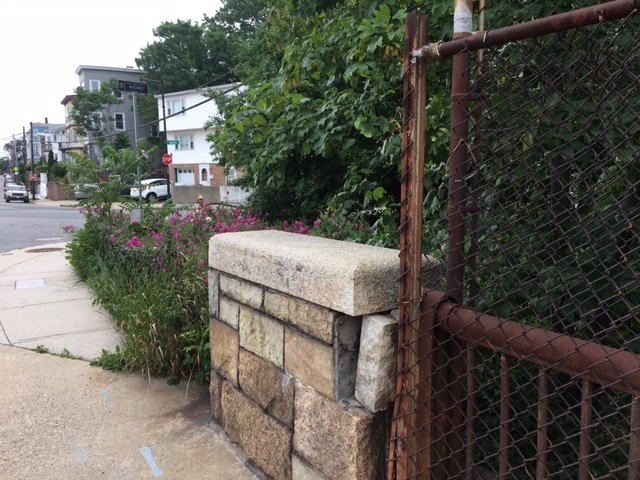 But then when I take a few more steps , I come upon this: 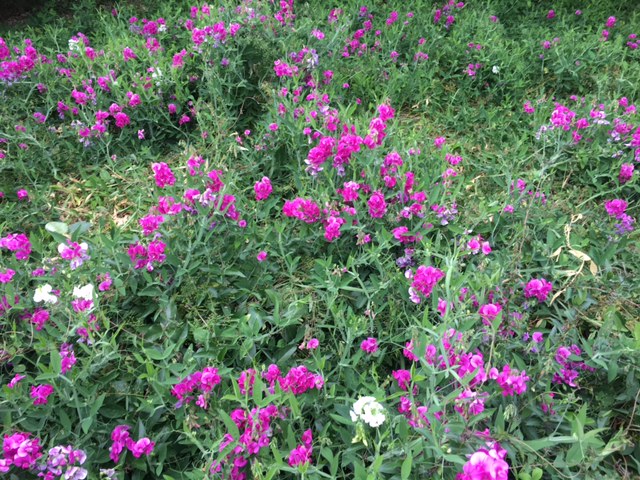