Phone envy? Not. All I got for you this week is a photo I took a few weeks ago on the train. I guess I’ve accepted that most people are buried in their phones on the train. Except for me, of course. I’m a superior being who looks around or reconstructs the night before in my head, or exploring the notion of a power nap. If I am looking at my phone, it’s to read some very important book or article. It’s rarely, if ever, to read cheesy summer romances. It’s all on the up and up, I swear.

Anywho, as I was looking around in my superior way, I saw this guy. 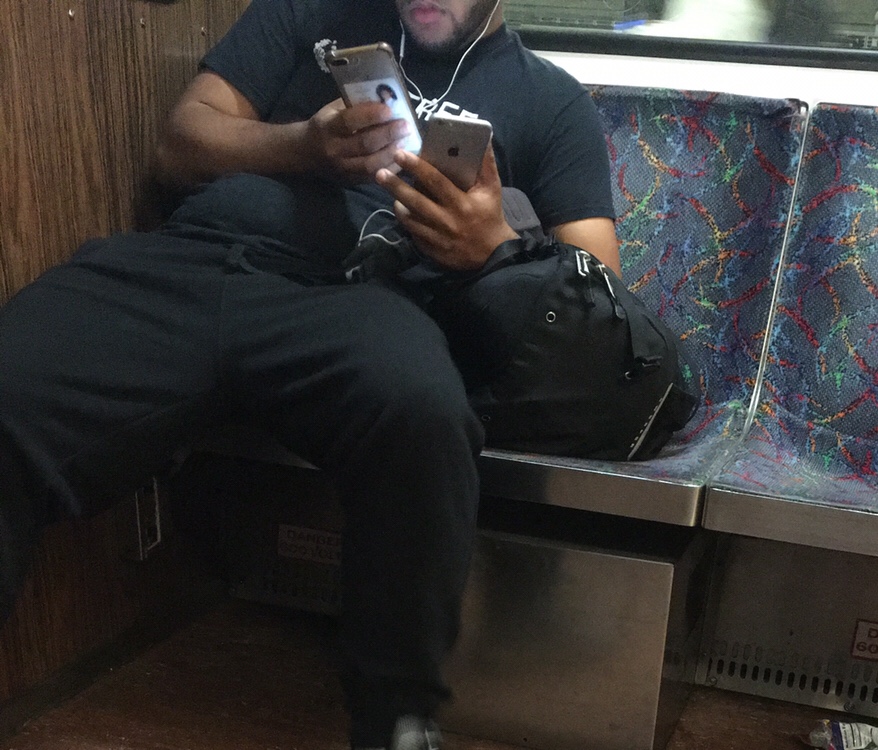 No, it’s not the manspreading — it was later at  night on the train, so knock yourself out, I say. No, it’s the two phones. He has two phones. What the hell? Then I spent the rest of the trip watching him closely. Was he listening to music on one? Texting with the other? He seemed to be making use of both of them, alternating touching each screen and more frequently than changing a song, unless he was only listening to 5 seconds of each one, which, hey maybe he was. If you need two phones, that’s probably one reason why.

I was flabbergasted. I was gobsmacked. Flummoxed. Thunderstruck. So much so, I was able to use all my favorite words.

Seriously, what the ever living you-know-what??

So, I’m mystified to this day. I was worried it was a trend, but so far he’s the only one I have seen doing double duty. Now when I look around, I’m just grateful people are buried in one phone. And for that intellectually stimulating article on my phone.